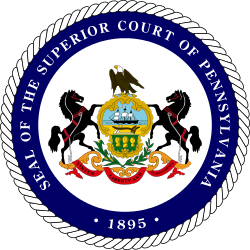 Two seats are open on the Pennsylvania Superior Court, which hears civil, family and criminal appeals. However, three candidates are seeking the Democratic nomination.

During the Primary Election on May 21, voters will only be able to only vote for two of the four candidates.  The candidates still vying for the open seats include: Amanda Green-Hawkins, Beth Tarasi, Dan McCaffery.

In addition to the two open seats, voters will decide whether or not to retain three sitting judges whose current terms expire in 2020. One of the three judges up for retention, which requires a simple “yes” or “no” vote, is a Democrat: Anne Lazarus.

Read on to learn more about the candidates.

Originally from New Jersey, Amanda Green-Hawkins moved to Pittsburgh in 2002 to become assistant general counsel for the United Steelworkers Union. In addition to that role, she also currently serves as director of the Civil and Human Rights Department at United Steelworkers.

Amanda is an alumnus of Duke University and Northeastern University School of Law. Prior to moving to Pittsburgh, she was a law clerk for a judge serving on the Superior Court of New Jersey, Monmouth County.

A former Allegheny County Councilwoman, Green-Hawkins was recognized as a Pittsburgh Progressive Woman by the Langston Hughes Poetry Society for Women’s History Month.

She lives in the Stanton Heights neighborhood of Pittsburgh with her husband and two children.

In 1991, McCaffery became an Assistant District Attorney in the Philadelphia District Attorney’s Office. In 1997, McCaffery joined Jaffe, Friedman, Schuman, Nemeroff and Applebaum PC in Montgomery County and was named partner in 2000. McCaffery chaired the firm’s commercial litigation department and spent 16 years as a civil trial attorney.

McCaffery was elected judge of the Philadelphia Court of Common Pleas in 2013. Since his election, Judge McCaffery has presided over 100 jury trials and thousands of bench trials.

Born and raised in Northeast Philadelphia, Judge McCaffery is the youngest of seven children born to Irish Catholic immigrants. His father Seamus was a union organizer and printer, and his mother Margaret was a custodial worker for the school district of Philadelphia. McCaffery resides in Philadelphia and is the father of two daughters, Madison and Mairead.

Keep up with Daniel McCaffery’s campaign at www.facebook.com/McCafferyforSuperiorCourt.

Superior Court Judge Anne Lazarus was elected to the court in 2009, with her term beginning in January 2010. Her first term will expire in January 2020, so she will also be on the ballot for a retention vote, where voters simply vote yes or no to keeping a judge on the court.

Lazarus received her B.A. degree in psychology from the State University of New York at Stony Brook and her J.D. and LL.M. from the Temple University Beasley School of Law.

Prior to becoming a PA Superior Court judge, Lazarus served on the Philadelphia County Court of Common Pleas from 1991 to 2010. She served as legal counsel to the Philadelphia Orphans’ Court from 1980 to 1991.

Note: The Clinton County Democratic Committee does not endorse candidates, but makes every effort to help evenhandedly publicize individuals seeking the Democratic nomination or running on the Democratic ticket. We embrace the will of the people following the Primary Election and wholeheartedly support the nominees selected in the election process.